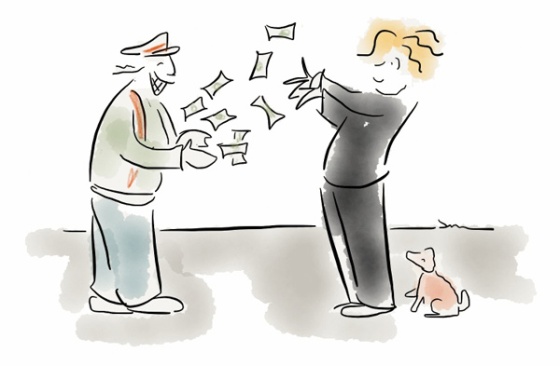 Sometimes you forget that the man that you married is still in there.

I had written a whole post about him getting his teeth fixed now so I would have to pay half. I was really feeling self righteous because I’m trying to cut corners everywhere.

Well that’s not the case. He’s paying for his teeth.

He also has been asking me for loans from my father’s money to tide him over until we can divide the pension.I’ve been giving them to him but I keep worrying that he’ll go to Japan and won’t pay me back.

Today he said he doesn’t want me to lose money by selling stuff so he wants to pay me interest. I would never take interest from him and I told him so.

It’s so much easier when he’s cold and thoughtless and I can pretend that I’m not losing anything because the man I loved isn’t there but he is there. He just loves someone else.

This is making me really sad. Plus I’m so worried about his health. None of his tests are back yet.

One good thing is that he has stopped drinking. He says he hasn’t had a drink since last Thursday.

He’s really great when he isn’t drinking. It will be much harder to say good bye to that man.