So yesterday I get a comment from Julie saying that she feels like her heroism in the finding of my iPad was downplayed.

One could say that’s true if one didn’t have a kid that called her sweet aunt a liar after she took her to FAO Schwartz and spent almost $120 on her for no reason other than that her lip was quivering.

And yes I know I wouldn’t have found my iPad if Julie didn’t tell me about the app because I had already turned the chair over twice but because it was wedged in it was a no go.

I have to say though that just looking at that chair brings back the memory of Julie constantly haranguing me for leaving the tags on it for  a bit past it’s purchase date.

After all, even twelve years after you buy something someone might ask you if there’s any rayon in the fabric and the information can be at your fingertips.

Look, maybe I was remiss in not giving her the proper credit but that’s just my way.

You gotta take the good with the bad. For example I don’t chastise her for rolling her eyes and groaning when after one glass of wine I may be too complimentary to the waitress. And frequently the waitresses do look like Farrah Fawcett Majors during the red bathing suit era. 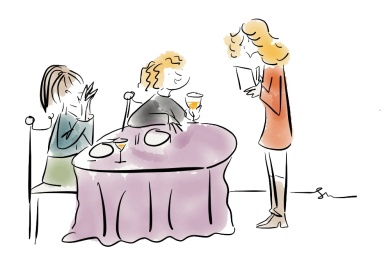 And is it a federal crime to introduce the busboy as your fiancé?  I know that when I did that the other night it puzzled Violet enough to ask her mother if in fact I was getting married again. That was  no excuse for Julie to be telling her that Ant Mattie is a bit “odd”

And ever since Julie was a little girl she’s been on me for talking to strangers on the street especially if they seem to be out of towners. I’m sure that they were grateful for the “fun facts” I gave to them  while waiting for a light or strolling through Central Park.

But since “Change” is my middle name ( in addition to “Joan” and “Truth”) I am more than happy to give Julie the credit she craves and deserves.

Julie, without you I never would have found my iPad or met The Tough Cookie, who, by the by is having a cookie festival that Julie says I can’t go to if I insist on bringing Oreos.

One thought on “243 The mother of the “lying little shit” has taken me to task for being ungrateful.”