When dave first told me about this other woman I asked him if he was going to marry her. He answered I don’t know, I don’t plan to. Her family wants us to. Maybe. Now that we don’t have a marriage any more I don’t know what will happen.

This was not an hour after he said that he didn’t want a divorce.

I know you’re saying that anyone in that position would lie but this was the first lie I had ever heard dave tell.

About a month ago I got an email from the Blue Note in Japan. It was clearly about dave’s upcoming tour but it was in japanese. It was also sent to 2 email addresses, mine, that they had been using for however long we’ve been doing business with them and another which was a feminine version of dave’s email address.

That’s when I realized that he may have married her.

I would have no way of knowing this. He lives in Japan and none of our friends would have told me if they knew. I didn’t ask because frankly I didn’t want to know.

So yesterday on my anniversary for no reason at all I google her first name with the last name Matthews and I saw her Facebook page with her and dave on it. This was the first time I knew what she looked like. In case you’re interested, nothing special but not as bad as I hoped.

I can’t really say how I felt. I think mostly numb. I didn’t feel jealous or even sad. I just made note of stuff without thinking why.

In several pictures he was wearing a Central Park sweatshirt that I had given him for Valentine’s Day and most of his clothes were familiar. He never shopped so I had bought them all. That bothered me more than him having his arm around her.

There were some pictures of them with musicians I knew and a reference to “the newly married dave matthews and his wife”.

I went out to dinner with my dear friends Susan and Allan and we talked about it but didn’t dwell on it. We laughed as we always do and Susan said as her gift to me I can boss Al around any time I want. I immediately felt better. That truly is the only thing missing from my life.

Some people said that the weakness of my story is that it has no end. They’re wrong. It’s over now and the part that surprises me the most is that I couldn’t care less.

I know you’d love me to put a picture of the happy couple on here but I think I’ll give you something better. 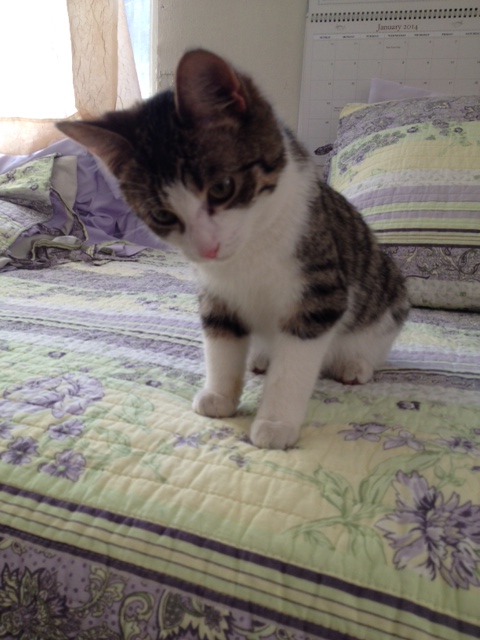