I”m back from Santa Fe.

In spite of David’s dire warnings, “Those fancy women will hate you.” and ” You can’t pack cupcakes in your suitcase” I was totally prepared.

I even contacted Yahoo Travel to let them know that I was going to another land and asking them  if  they wanted me to write about it. They seemed interested.

In order to make sure that I had all my ducks in a row I wrote to Lizzie and asked  her to send me a list of some of the sights of Santa Fe so that the big bosses from Yahoo could choose which ones they’d like me to visit.

Will think of a few more things before you get here.

Doesn’t all that sound like fun? I was wondering how I’d fit it all in.

As I mentioned in previous posts my niece Stephanie and her husband were taking a
motorcycle trip in the area and Liz was kind enough to offer to have them stay at her house with us. They could hike and cycle and Liz would take me around so that I could fulfill my writing obligations (did I tell you that I’m an award winning writer?)and we’d all meet for lunch and/or dinner.
The weekend was jam packed with plans.

Here’s how it went.

Liz picked me up at the airport and we went to have cocktails with the ladies. I can’t tell you any of their names or write anything about them individually because Liz threatened me.

David assured me that I would be hated by all of them and I’d have nothing to say to them. I have to admit that I was nervous. I even wore a bra.

I was pleasantly surprised. They were warm and friendly, not New York friendly, no one asked what my earrings cost, but really nice.

There was one thing though, and I ain’t lyin’ because they’ll never see this. They were all beautiful and really put together which is one reason why I never want to see any of them again.

So David was wrong about one thing.

He was also wrong about not being able to pack cupcakes in your suitcase. They arrived in perfect condition. 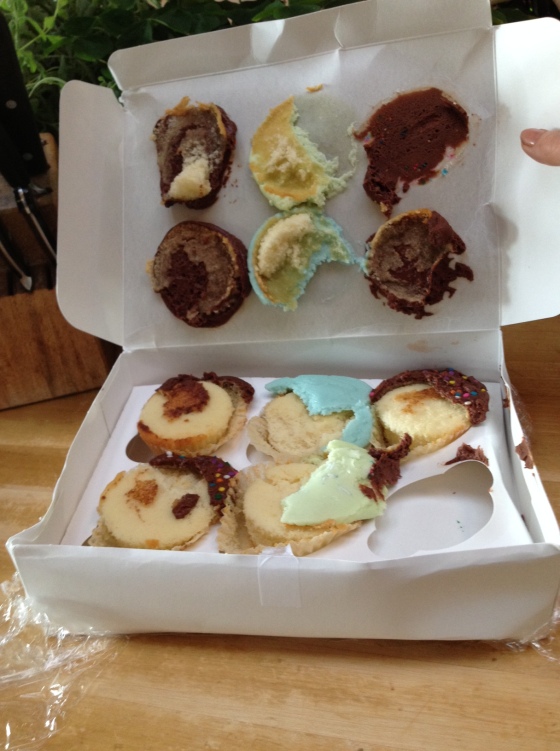 Not long after we got to Liz’ house Steph and Terry arrived and here’s where it all went to shit.

Whatever plans I had to pull a Hemingway went the way of the miles and miles of mountain views and lavender plants that were in bloom everywhere.

We did go out to lunch and when Liz drove Terry to the Harley Davidson store, Steph and I went shopping and in my state of happiness I bought a beige shirt. Did you hear that people? It wasn’t black.

Other than that here’s what we did; 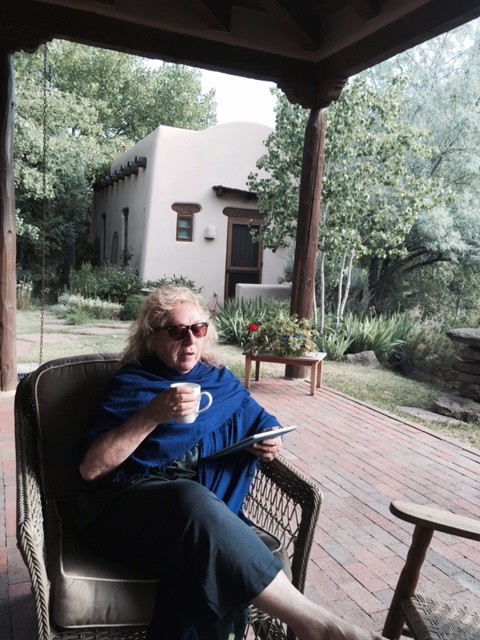 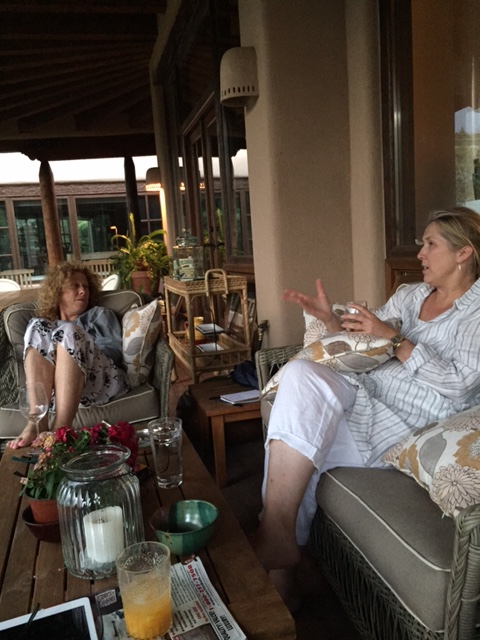 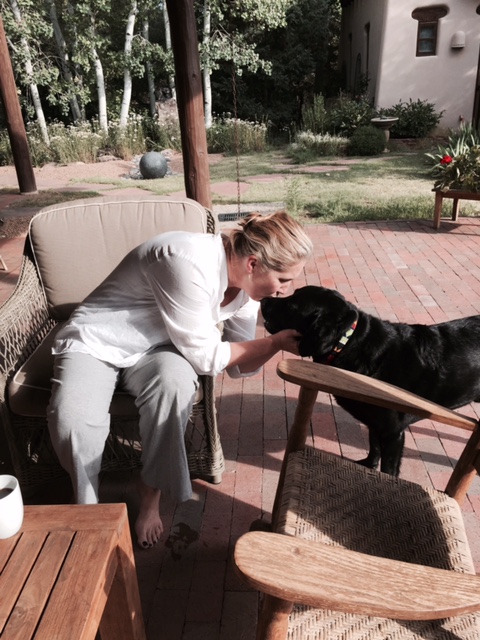 Those pictures were taken  in the morning. Replace those cups with cocktails and that’s how we spent most of the weekend.

That is until we heard about the Supreme Courts ruling on Obamacare and Country wide marriage for everyone.

Then we went into the Plaza to join in the festive feeling that was all over Santa Fe and I’d like to think the rest of the United States. It made me proud to be an American.

It really was such a happy lovely communal time.

Back at the house we got ready to go home. I took a last picture of me and Liz (not really last, she’ll be in NYC on Tuesday) 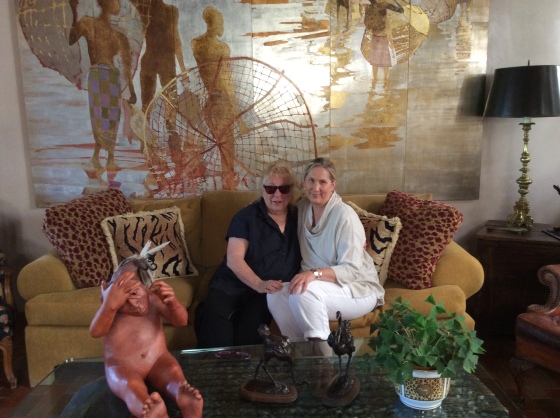 And after a drugged plane ride home I was welcomed by the love of my life.

Wait Yahoo I’m sure I’ll do better on my next trip.