The other day on the way back from Lobsterpalooza, Stephanie and I were chatting in the car when once again she blamed my sister Iris, her mother, for making her such a dork when she was little.

She insisted that Iris, putting her in out of production Danskin colors that she got in the outlet plus her ugly blue glasses, made her the target for bullies.

I’ve heard this litany before. I don’t like to do this but I was forced to shine some reality on this story by bringing up the slam book incident.

In the olden days kids in grade school used to make a notebook, or slam book as it was called. The top page was cut in half lengthwise and would have the categories listed, for example

The book would be passed around and each student would fill in their choices and fold their page back so that the next person got a blank page to write in their selections.

Stephanie made the horrendous decision of putting her own name down as prettiest.

After that EVERY time she went into the lunchroom some cruel kid, probably the one who was voted  “most likely to beat a dead horse”, would say “Oh look who’s here, Miss Beeeauuteeful”. This resulted in a torturous grade school experience for my little angel. 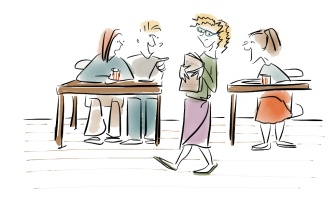 “Why on earth did you put your own name down?”

“That was your fault too. I believed you and my mother when you said I was pretty”

Although Stephanie is an absolute knockout now, she was a real mess as a kid. She had frizzy hair and wore glasses that never really sat straight on her face but we were crazy about her and thought she was adorable which she was.

“You had mirrors in your house. Didn’t you ever look in them? You can’t blame your mother for you being a halfwit. My mother used to ask me every day if the teacher said I was the prettiest girl. Did I go up to the teacher and ask her why she neglected to inform me and the rest of the class of this? No because I had a brain and I knew I was fat and had unfortunate hair”

I wound this up by saying something about a sow’s ear and a silk purse.

Cruel? Maybe, but as you know I deal in truth.  Plus I owed it to my sister to rectify this long held belief of her daughter’s.  And anyway Steph, never one to take criticism kindly, got even with me by turning the heater on my carseat up without me knowing it. 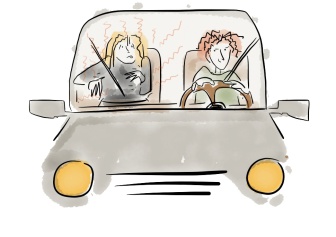 She stayed mum about it even when I kept saying that I thought  I had a fever and was coming down with something.

We aren’t a regular family. Both of us said that that was one of the best days we’ve spent together in a long time.