I can’t stand when my loved ones aren’t happy.

How do I know they’re happy?  They smile or tell me so. Most of them that is.

Ray is another story.

His basic look is depressed. I’m always trying to figure what I can do to put a smile on that face.

It isn’t the breed. I’ve seen lots of happy looking boston terriers. He’s not one of them. I want to think that he just has a sad resting face, that he isn’t always miserable.

It didn’t help when I was complaining to Stephanie that he should be happier because I saved him from the pound where they were going to kill him, her answer was maybe he doesn’t look at it as you rescued him but that you “took” him.

My imagination goes wild. Does he hate it here? Maybe I’m just not his type. I’ve shown you how he sits by David’s door waiting him to come home from work. 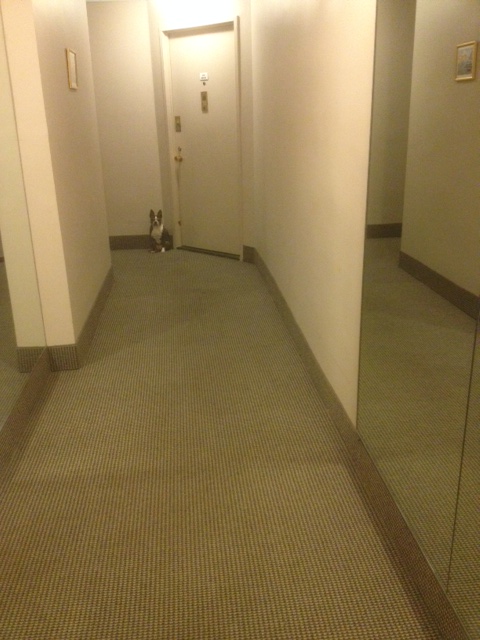 Now David is truly the most unlikable person ever. He isn’t mean to Ray but other than saying hello and letting him sit on the chair with him he pays zero attention to him.

I do everything I can for my dog.

I spent the winter with my terrace door open in -10 degrees weather so in case he wanted to go out he could.

I share my meals and my bed with him

Hell, I let him lick my teeth.

And this past week David was with Liz in Santa Fe so every evening before dinner I’d walk with Ray over to David’s house and let him pretend that his friend is here.

I let him Sit on David’s chair

I let him sit on David’s couch 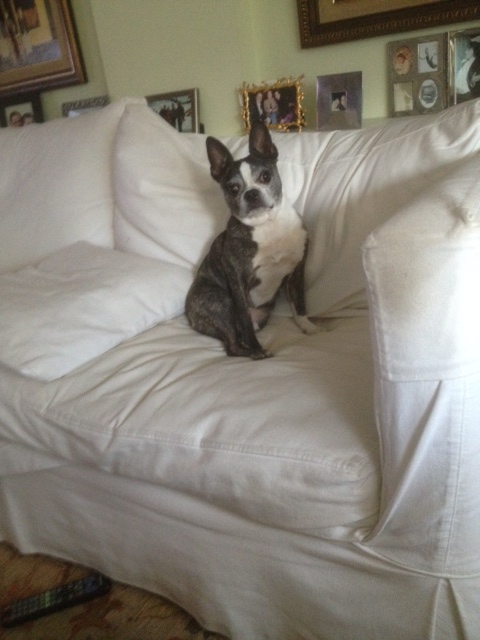 I let him take a nap in David’s bed 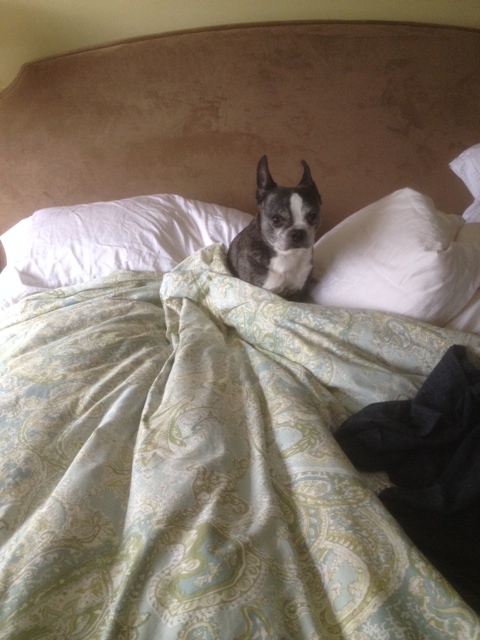 But do you see a smile there? Cause I sure as hell don’t.

I think I’ll take him for a walk now. Maybe we’ll pass some other dogs that he can attack.

He likes to do that.