I haven’t written in awhile because I’ve been really busy.

First of all I’ve been packing with David and I use the term “with” loosely.

I admit that he put his clothes in but anything with solid sides or points has been my job. Since the movers came yesterday we asked his son, Milton (at his request I am not using his real name which is Marshall) to come over the night before to help us pack the TV, and a few other big items.

Again the term “us” =loose. As I explained to Milton “Daddy’s drunk so he won’t be much help”.

And I was right. Here’s what David was doing while Milton and I packed our hearts out. 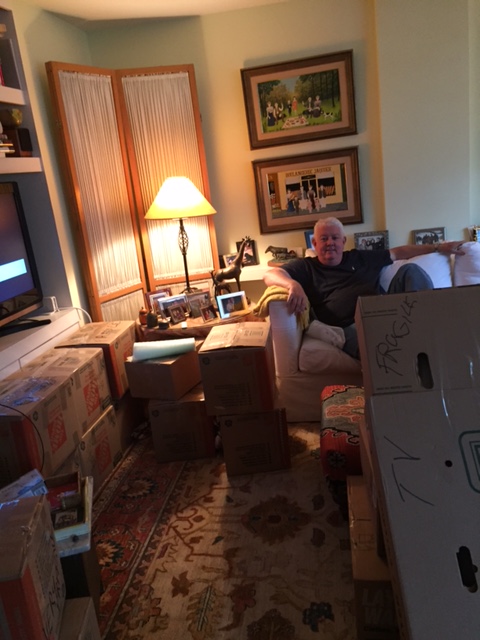 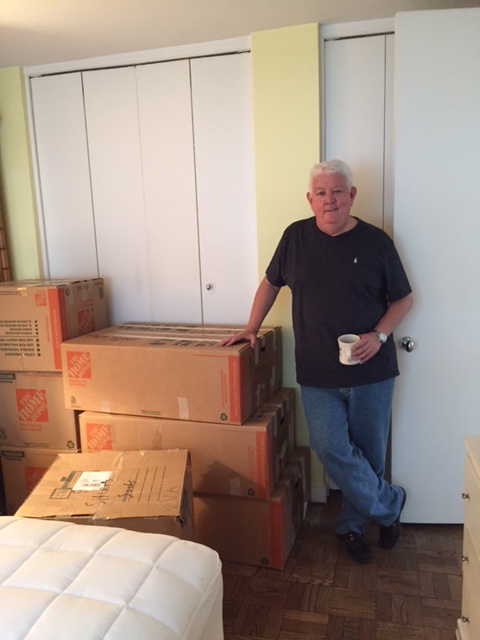 Even Ray looked more alert. Here he’s wondering why there’s a cup outside the dishes box.

But then Marshall arrived, I mean Milton. He lifted the TV and boxed it plus a million other things. He carried a giant heavy TV from my house which doesn’t sound like much but it weighed a ton. He brought it over so that for the next few days his father could watch football. How on earth could such an asshole have such great kids?

After his son left and I walked to the door, he called me back, I thought to give me a thankful hug, which I was sure he was going to do except something caught his eye

“How come you left my Yankee Xmas Ball out of the ornament box?”