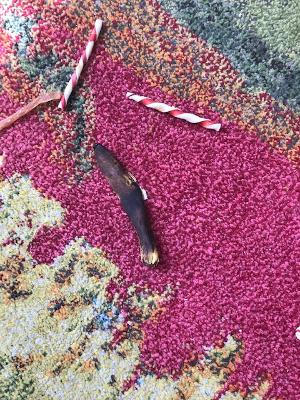 And other surprises that come along with this Corona Virus.

For example this isolation stuff might be right in my wheelhouse.

I’ve been dying my own hair since I was 14 and I’ve always been right on top of it.

I didn’t even remember what color my natural hair was.

I have plenty of hair dye in my house but have I been using it? No.

Even though I’ve finally discovered it’s grey I couldn’t give less of a shit.

Who’s gonna see me? My doorman when I take Debby out?

I gave up the idea of tapping that ever since he showed me a huge tattoo of 4 of his 6 children on his back.

A thing of the past.

I wear one dress on my dog walks and the second I get home I put on one of my many shmattas WHICH are cleaned whenever I take a shower.

(You remember the promise I made to my Super never to be naked. I”m a woman of my word.)

!’ve never been good at parties.

I have absolutely no ability for small talk.

I usually sit near the peanut M&M’s and sip my cocktail until it’s a reasonable time to leave then I beat it.

I was better when my friend Liz lived down the hall.

We once went to a party and I saw her walk over to an older woman and say “What a lovely hat” and the two of them chatted away.

So I started complementing people on their hats and I will say it improved my party personality.

But Liz moved to Santa Fe and people stopped wearing hats and anyway all I had down the hall was her republican, racist ex fiance who wouldn’t know a nice hat if he was wearing one.

The only thing he could teach me as an ice breaker would be “Nice tits” or some joke where the punch line would his latest slur for Mexicans or Jews.

So we are both left with this…Zen 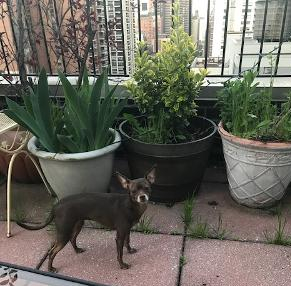